A team of astronomers have now identified the most distant water found in the universe. They used the Atacama Large Millimeter/submillimeter array (ALMA), which has observed the molecule in a galaxy called SPT0311-58. 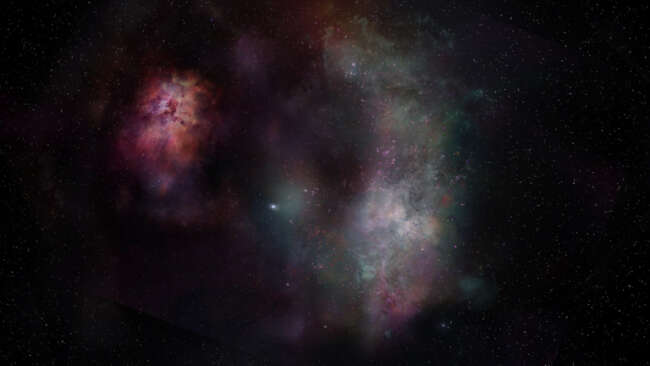 This galaxy is a huge star-forming one, which is about 12.88 billion light years away from Earth. That indicates that the universe was less than a billion years old when the light from the water molecules was emitted.

The team reported in The Atrsophysical Journal that the farthest detection of H2O in a normal stay-forming galaxy was found. This galaxy is thought to be a merger system that was created from two colliding galaxies.

That gravitational back and forth pushes gas together, meaning that a lot of new stars begin to form and interesting chemistry takes place there, including formation of water and carbon monoxide molecules.

Lead author Dr. Sreevani Jarugula from University of Illinois shared in a statement: “Using high-resolution ALMA observations of molecular gas in the pair of galaxies known collectively as SPT0311-58 we detected both water and carbon monoxide molecules in the larger of the two galaxies. Oxygen and carbon, in particular, are first-generation elements, and in the molecular forms of carbon monoxide and water, they are critical to life as we know it.” 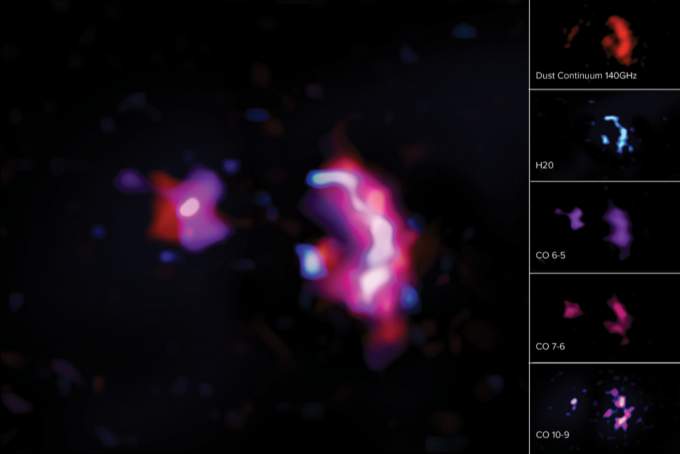 Images Of The Molecules Observed

Dr. Jarugula continued: “This galaxy is the most massive galaxy currently known at high redshift, or the time when the Universe was still very young. It has more gas and dust compared to other galaxies in the early Universe, which gives us plenty of potential opportunities to observe abundant molecules and to better understand how these life-creating elements impacted the development of the early Universe.”

Water is the third most common molecule in the universe, behind molecular hydrogen and carbon monoxide. There are also more complex molecules, called “dust” are heated up by UV light and then emit in the far-infrared part of the electromagnetic spectrum.

Astronomers have now realized that there seems to be a correlation between the emission of dust and water, and they can also tie this into how many stars are born in that galaxy.

In a statement, researchers said:

“This study not only provides answers about where, and how far away, water can exist in the Universe but also has given rise to a big question: How has so much gas and dust assembled to form stars and galaxies so early in the Universe? The answer requires further study of these and similar star-forming galaxies to get a better understanding of the structural formation and evolution of the early Universe.”