The newest photo of the Carina Nebula released by astronomers is incredibly sharp, and is perhaps the clearest view we’ve had from a ground-based telescope. The image was captured by the Gemini South telescope, which is located in Chile. It shows the West Wall of the Nebula at the resolution that is also expected by the James Webb Space Telescope, which has yet to launch. 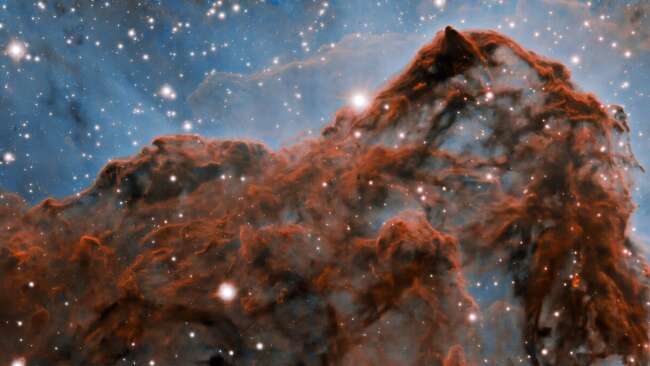 According to The Astrophysical Journal Letter, the incredible look at the Carina Nebula was allowed by the adaptive optics technique, which lets astronomers reduce the effects of turbulence in the atmosphere. This improves the image solution by about ten and lets us get a clearer look through clouds at the nebula.

Lead author Patrick Hartigan of Rice University shared a statement which said: “The results are stunning. We see a wealth of detail never observed before along the edge of the cloud, including a long series of parallel ridges that may be produced by a magnetic field, a remarkable almost perfectly smooth sine wave and fragments at the top that appear to be in the process of being sheared off the cloud by a strong wind.”

The implications for this are truly fantastic, as it shows the latest abilities of ground-based astronomy, but also gives us important insight into how the stars were formed. The Carina Nebula is one of the most famous stellar nurseries, and it is about 7500 light years away from planet Earth. 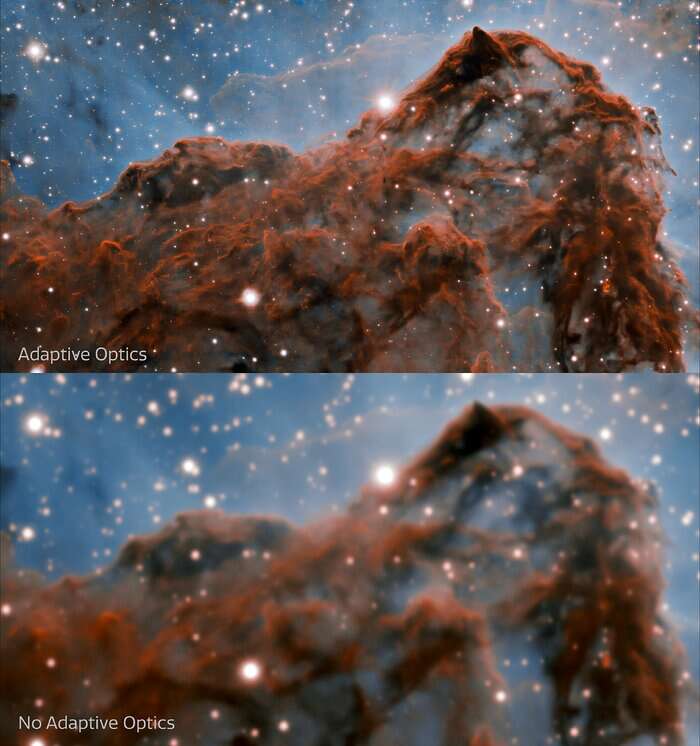 Adaptive Optics Give Us A Better Look

The researchers also reported that they discovered unusual structures between the dust and gas, which include parallel ridges. These may have been formed by the magnetic field of baby stars. Other remarkable sights include a jet of material that was ejected by a star, clouds torn apart by UV-light coming from baby stars, and a very smooth wave. The sharp image helps us discover how young stars impact their surroundings.

Hartigan said: “It is possible that the Sun formed in such an environment. If so, radiation and winds from any nearby massive stars would have affected the masses and atmospheres of the Solar System’s outer planets.”

These kinds of observations can help us discover more and uncover just how our solar system and beyond came to be.