Off the coast of Dawrin Island in the Galapagos Islands stood Darwin’s Arch, a famous rock formation the formed a beautiful and iconic natural archway in the middle of the sea. That was true until May 17th, 2021, when the arch broke apart and crumbled right into the water. 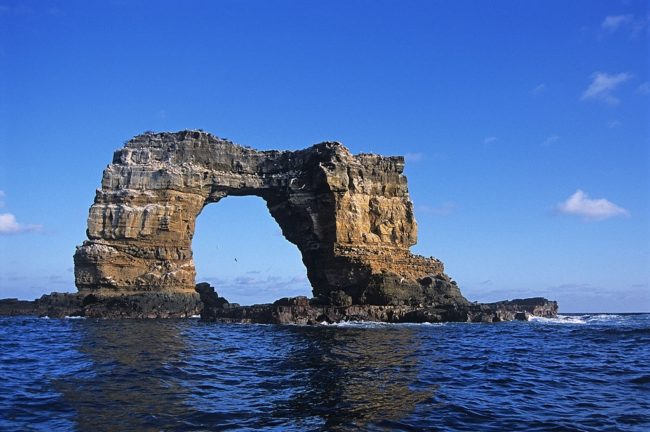 Darwin’s Arch Before The Collapse

The Ecuadorian Ministry of the Environment and Water wrote in a Facebook post: “Today May 17, 2021, the collapse of the Darwin’s Arch, the attractive natural bridge located less than a kilometer from the main Darwin Island, the northernmost of the #Galapagos Archipelago. This event is the result of natural erosion.”

The arch’s collapse was witnessed by divers who were aboard the Galapagos Aggressor III. 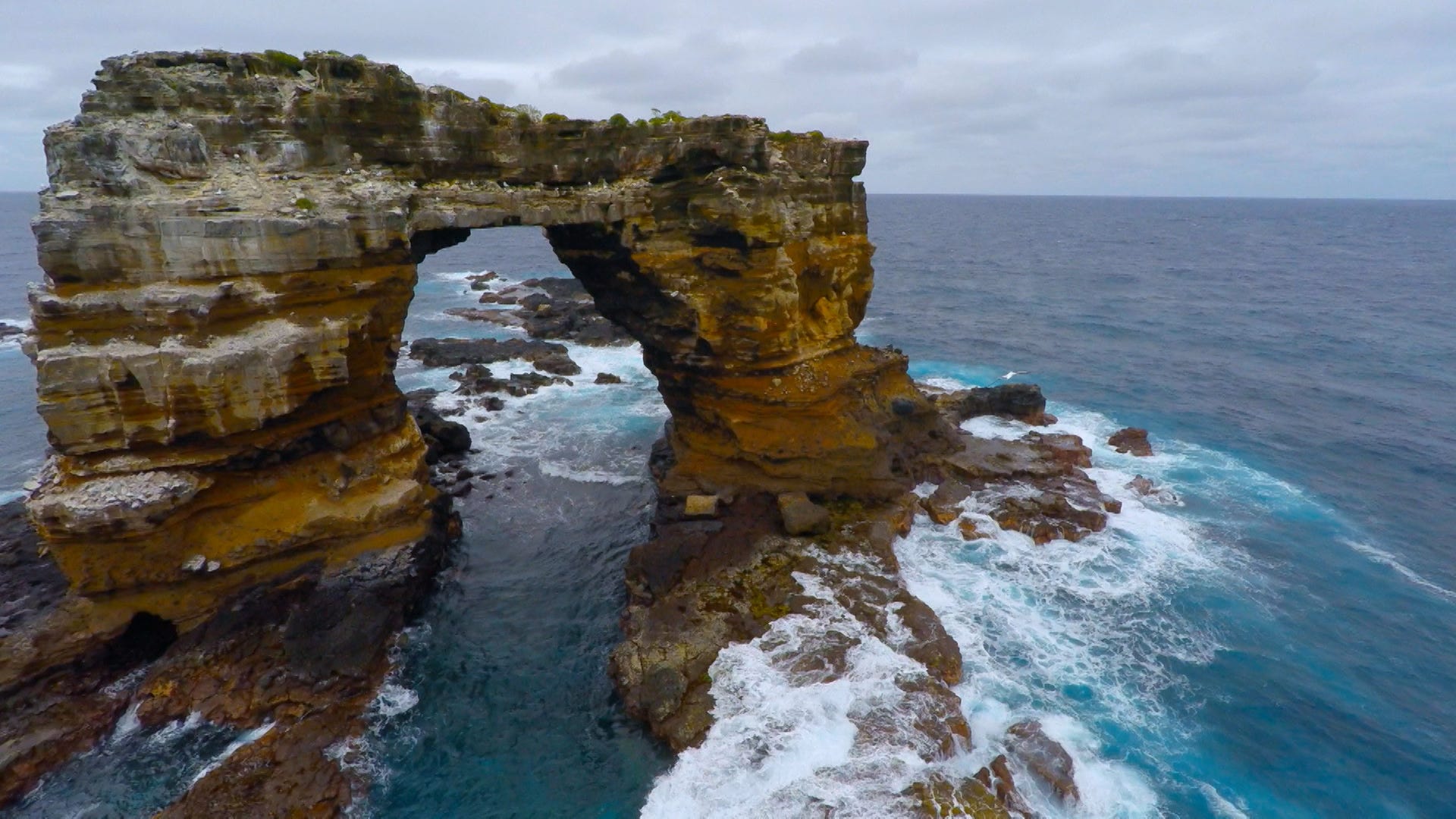 It Was A Popular Site For Photographers

Just like the rest of the 21 main islands of the Galapagos, Darwin Island is not open to tourists. That means that the arch, which has since collapsed, was not visible from land. However, it could be visited from a distance by boat and the surrounding waters offer exciting sights to scuba divers. 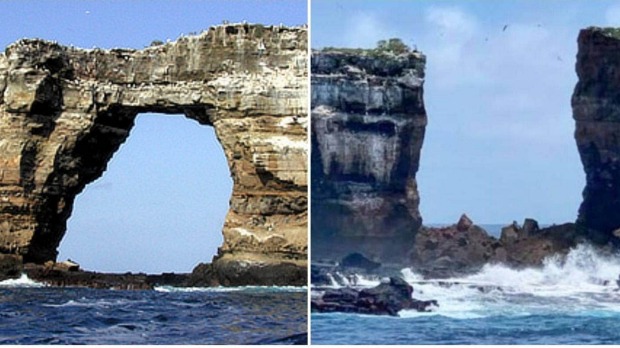 Pillars Of Evolution After The Collapse

There are still two pillars remaining after the arch collapsed that are now being called the Pillars of Evolution, whose names are also inspired by the scientist’s theories developed in the Galapagos.

Around the now pillars, there is plenty of natural life teeming all around. The marine fauna found are manta rays, scalloped hammerheads, bonito, yellowfin tuna, dolphins, pelagic fish, whale sharks, and big-eye jacks just to name a few.

The arch has always been popular with cruise ship tours and photographers. In 1978, the surrounding area of the Galapagos Islands was declared to be a UNESCO World Heritage Site.