Photobombs are hilarious, there’s no denying that but an animal photobomb, well those, those take it to a whole other level. So join us because we’ve conjured up the ultimate list of the most hilarious animal photobomb pictures ever captured. We recommend grabbing some tissues because you’ll definitely LOL-SOB. ~You’ve been warned.~

This may just be the greatest animal photobomb of all time, so let’s kick off this list with a serious bang. As you can clearly see, this couple went for a nice walk, surrounded by the most breathtaking views and boom! A squirrel decides to join in on the fun and can you blame him? They really needed something to make the picture pop. 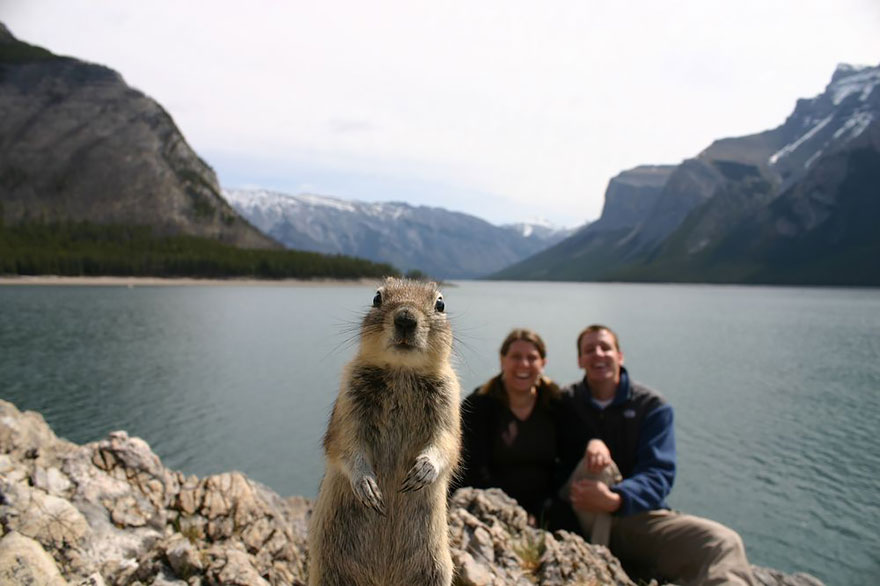