Chance the Rapper is a stand out artist who has made history, despite staying unsigned. Chicago native, he grew up inspired by Michael Jackson and eventually got into Kanye West with his College Dropout album. Chance even lived with British musician James Bay while working on music in L.A., trying to make a name for himself. Now, he’s not only a star in the music industry, but a philanthropist working to better his hometown. 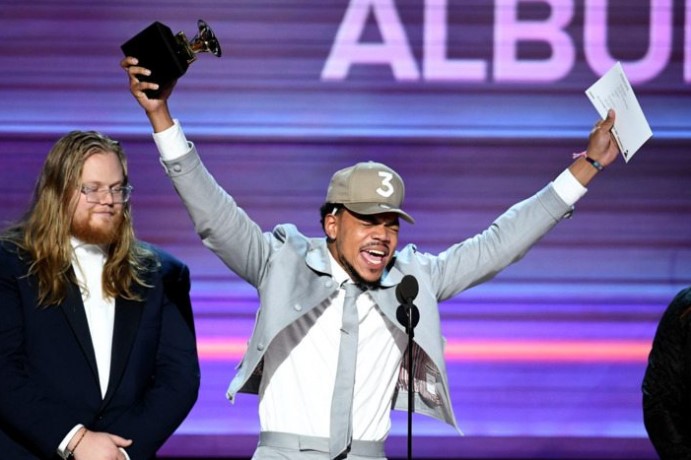 Obviously Chance the Rapper is only a stage name. He was born Chancelor Jonathan Bennett. His younger brother, Taylor, also raps. The two began music careers around the same time and both look to Kanye West’s music for stylistic inspiration. In 2013, Chance the Rapper began to get some attention for his second mixtape called Acid Rap. Once Chance’s third mixtape called Coloring Book, came out in 2016, it was streamed more than 57.3 million times! When it reached 8 on the US Billboard 200 chart, it made history as the first to chart just on streams. Again, Chance has reached all this success without ever signing with a label.

For Coloring Book, Chancelor Jonathan Bennett took home three Grammys (Best Rap Album, Best Rap Performance and Best New Artist). Yes, you guessed it, it was the first streaming-only album to even receive a nomination, let alone win a Grammy. So at the 2017 Grammy’s, Chance made history as the first independent artist to ever take home an award without being under a big label or even selling physical copies of his music.

He doesn’t just stop with his solo career or being part of the neo-soul jazz band, The Social Experiment.

Chance the Rapper’s Heart Of Gold 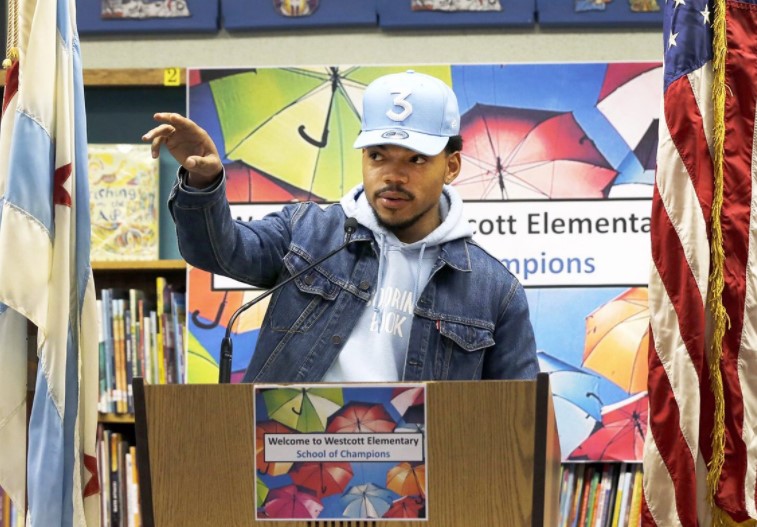 Chance The Rapper’s Heart Of Gold

It’s not just his upbeat, funky style that fans love. Chance also is extremely dedicated to his fan base. He went viral for his tweets about buying tickets to his own show from scalpers. He bought up about 2,000 tickets scalpers were selling for hundreds and then resold them for between $45 to $75.

That’s not all. He raised millions to donate to Chicago schools. By the end of his efforts, he had raised $2.2 million, and donated $100,000 to each of the 20 schools. He’s continually raising funds to help children with arts and literacy programs in Chicago.

Remarkably, his anti-gun Twitter campaign back in 2014, actually stopped gun violence for two days in Chicago. Now, two days may not seem like a lot, but if you take Chicago’s gun violence stats in mind, it’s amazing. 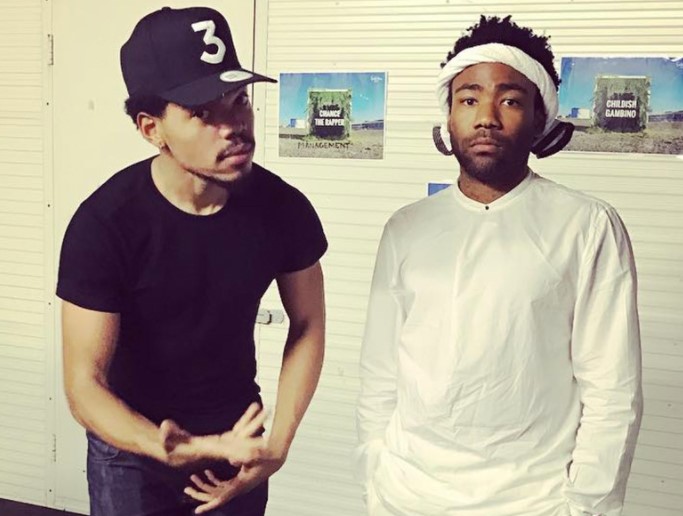 Back in 2012, Childish Gambino had Chance on his mixtape, Royalty on the song, “They Don’t Like Me.” Gambino also invited him on Gambino’s first tour through North America to be his opening act. Since then, the two rappers have delighted fans with joint work such as “Favorite Song” from Chance’s Acid Rap and “The Worst Guys” from Childish Gambino’s Because the Internet. As of March 2018, fans of the two rappers may have something to celebrate. Chance spoke with Pitchfork, for their “In Sight Out” series and brought up collaborating with Childish Gambino. In fact, Donald Glover (Childish Gambino’s real name) previously said, “I feel like if I don’t make a Chance the Rapper mixtape, like a double mixtape, a bunch of 14-year-olds will kick my a**.” In response, Bennett confirmed, “We perpetuated that rumor for a long time without recording anything… We did link up in Atlanta and record some tracks and… they’re amazing.”